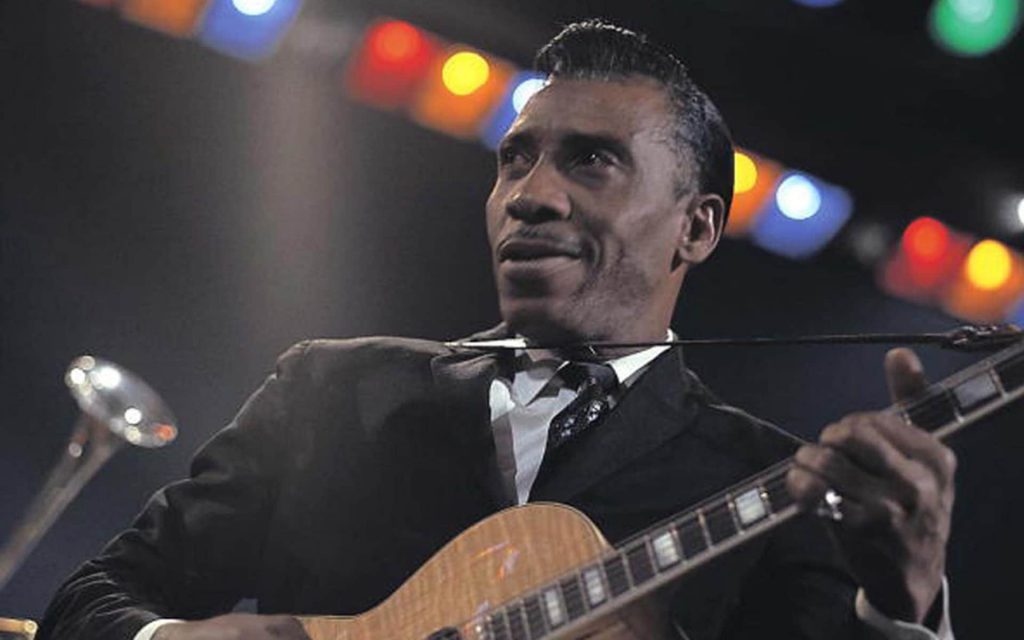 The late Aaron Thibeaux “T-Bone” Walker of Linden, Texas was an American blues guitarist, singer, songwriter and multi-instrumentalist, who was a pioneer and innovator of the jump blues and electric blues sound. In 2018 Rolling Stone magazine ranked him number 37 on its list of “The 100 Greatest Guitarists of All Time.” Walker is credited with influencing Chuck Berry, B.B. King, Jimi Hendrix, and Steve Miller. Some of his most notable songs include, “Call It Stormy Monday (But Tuesday Is Just as Bad),” “Bobby Sox Blues,” (a number 3 R&B hit in 1947), and “West Side Baby” (a number 8 on the R&B singles chart in 1948). Walker was posthumously inducted into the Blues Hall of Fame in 1980, and the Rock and Roll Hall of Fame in 1987.