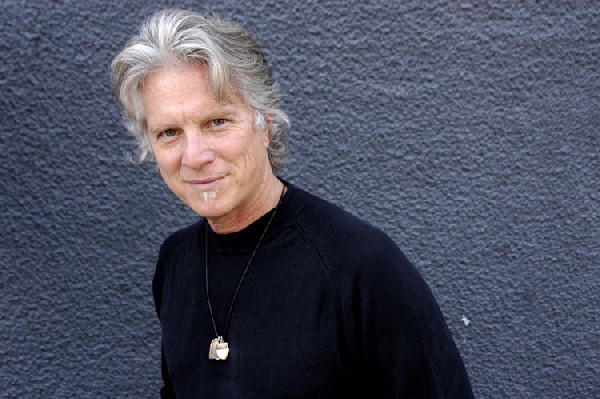 By his teen years, Bruton and his buddy T Bone Burnett were laying down tracks in Burnett’s makeshift home studio in between gigging with other pals like Delbert McClinton, all the while digging on musical giants like Freddie King and Ornette Coleman, who could be heard in the local clubs. Bruton sharpened his guitar chops playing high lonesome bluegrass by day and then soaked up some soul by grinding out the blues at night on the other side of town. Young wanderlust led him East in 1970 to the musical mecca of Woodstock in New York’s Hudson River Valley. One night he headed down to Manhattan to catch a gig by his friend Kris Kristofferson and was offered the guitar gig in the rising songwriting star’s band. That launched nearly two decades of regular roadwork with Kristofferson as well as touring with Bonnie Raitt, Christine McVie and others. By the mid 1980s, Bruton returned to his Texas roots and settled in Austin, where once he had a break from the road, he became a part of the city’s thriving music community. Although he had produced an album with Burnett for Fort Worth legend Robert Ely and the song “Amnesia & Jealousy” for Burnett’s Behind The Trap Door album, his production career began in earnest when Jimmie Dale Gilmore asked him to produce his major label debut, After Awhile. Bruton also debuted as an artist in his own right with What It Is in 1993. And as he stepped out from being a sideman into the spotlight with his own songs, they began to be recorded by such notable artists as Kristofferson, Raitt, Ketchum, The Highwaymen, Willie Nelson, Waylon Jennings, Johnny Cash, Little Feat, Jimmy Buffett, Patty Loveless, Lee Roy Parnell and Martina McBride among others. And ever since he appeared in A Star Is Born with Kristofferson in 1976, Bruton has also built an impressive resume as a film and TV actor. “When Kris started doing films, he would bring his buddies along because he always had the bullshit meter with us. So we wound up reading for parts,” Bruton explained.
His most recent screen role was in Man Of The House with Tommy Lee Jones, and he can been seen in such films as Convoy, Songwriter, Heaven’s Gate, Miss Congeniality, Sweet Thing and The Alamo as well as the TV movie A Seduction In Travis County, the miniseries Amerika and the series Matlock. “In acting, you use everything you use when you are playing music live,” noted Bruton. “It’s an ensemble thing. It’s real similar in terms of support and collaboration.” Even with all his varied pursuits, “the guitar is the constant among variables in my life,” said Bruton. Since playing with Kristofferson and Rita Coolidge on their Full Moon album in 1973, he had been an in-demand player who recorded with Raitt, McClinton, Burnett, Elvis Costello, Carly Simon, The Wallflowers, Sonny Landreth, Peter Case, Ray Wylie Hubbard and a slew of others. Stephen lost his courageous battle against cancer last May but manage to finish his last project. He was a major consultant and guitar teacher to Jeff Bridges on the movie set of Crazy Heart for which won Bridges a Golden Globe for Best Actor and a Oscar Nomination for the same category. Stephen also has songwriting credits for several of the songs on the critically-acclaimed soundtrack recently released.