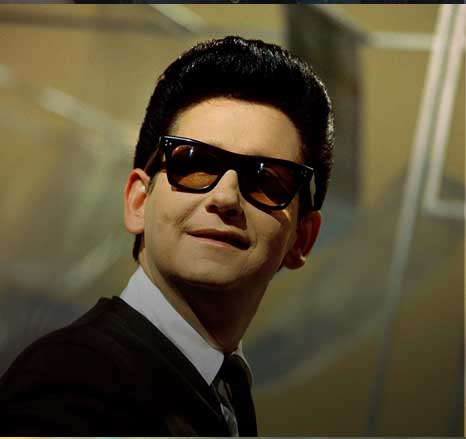 Roy Orbison was an Americansinger-songwriter, best known for his trademark sunglasses, distinctive, powerful voice, complex compositions, and dark emotional ballads. Orbison grew up in Texas and began singing in a rockabilly/country and western band in high school until he was signed by Sun Records in Memphis. His greatest success came with Monument Records between 1960 and 1964, when 22 of his songs placed on the Billboard Top 40, including “Only the Lonely“, “Crying“, and “Oh, Pretty Woman“. His career stagnated through the 1970s, but was revived by several covers of his songs and the use of “In Dreams” inDavid Lynch‘s film Blue Velvet (1986).