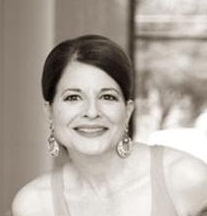 Among so many things, she was a generous philanthropist, shrewd businesswoman and accomplished manager known for pioneering affordable healthcare services for Austin’s low-income, uninsured working musicians. As the driving force behind the creation of Health Alliance for Austin Musicians (HAAM), Robin allowed so many musicians to maintain their health and wellbeing so they could continue to make the music that has become a staple in the city of Austin and the state of Texas as a whole.

While Robin was instrumental in creating the Health Alliance for Austin Musicians, her other efforts within the music community were equally substantial. Besides years of service to the Seton Health Care Family, she also worked with KLRU and chaired its benefit concerts. When her interest in music began dominating her time, she started a management company and took on roots-rockers Loose Diamonds and their frontman Troy Campbell as clients. Among numerous boards she served on, she advised the Gibson GuitarTown project and Clifford Antone’s annual fundraiser for American YouthWorks. Throughout her lifetime, Robin Shivers constantly gave back to the community, yet it was when she focused on music that Austin changed forever.

Robin worked with the Seton health care system for 28 years – with roles at The Seton Fund and serving the Daughters of Charity. When the opportunity came to serve as a volunteer board member at KLRU she took it, chairing music fundraisers that featured such acts as George Jones and then up-and-coming Garth Brooks. Those KLRU fundraisers supported the Austin City Limits TV show, and provided her with artistic gratification in her work and its results. In the early 1990s, Robin opened a management company, RRS Management.

Robin established HAAM as the vehicle for musicians to access existing Austin health care providers, by creating collaborative relationships between the Seton Healthcare Family, St. David’s Foundation, and The SIMS Foundation, with HAAM coordinating services on behalf of the musicians. This first-of-its-kind model is instrumental to the success of the organization, which has continued to thrive and add additional life-altering health services in recent years.

In 2009, Robin Ratliff Shivers passed away. Since then, her contributions to the community continue to be recognized by organizations and inviduals throughout the city through memorials created in her honor, including the HAAM endowment in her name, the KUT green room named after Robin, and “The Robin Shivers Collection” at the University of Texas.

Robin’s mark on our community of talented musicians and songwriters is undeniable. She managed to merge her passion for music and innate generosity of spirit with her business acumen to create something that is truly inspiring, unique and everlasting in Austin, Texas.