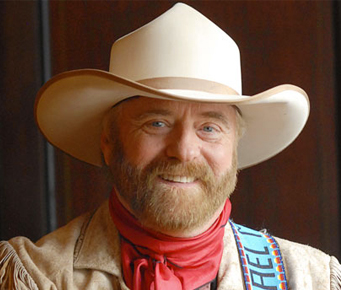 Kenny Rogers and the First Edition took Murphey’s idea for a concept album revolving around a ghost town in the Mojave Desert and turned it into the critically-acclaimed, The Ballad of Calico. Murphey came back to Texas just as other “outlaw” performers were making Austin their home. Nashville-writer, Willie Nelson, had shucked his suit and tie just in time to open for Murphey at the Armadillo World Headquarters. 1972 saw the release of Michael Murphey’s debut album for A&M Records, Geronimo’s Cadillac. Landing producer Bob Johnston (Bob Dylan, Johnny Cash and Simon and Garfunkel) gave Murphey instant credibility as a serious songwriter. His music introduced a new sound that came to be known as Redneck Rock. His eponymous follow-up album in 1975 on Epic Records yielded the smash hit, “Wildfire,” improbably a song about a mysterious dream horse on the vast American heartland prairie which featured a piano introduction based on a classical piece by Russian composer, Alexander Scriabin, beautifully played by jazz artist, Jac Murphy. Another album followed, Swans Against the Sun, and then in the early 80’s, Murphey added a middle name and recorded a watershed album titled Michael Martin Murphey for Capitol Records which contained his first love song, “Still Taking Chances.” Ironically, in 1983, twelve years after he had his first pop hit, Murphey was awarded Best New Artist by the Academy of Country Music (beating out George Strait!). Not one to rest on his laurels, Murphey began performing a concept show titled, “A Night in the American West,” with American and Canadian Symphonies. His Cowboy Christmas show has delighted audiences for over a decade and has lead to three albums and a DVD. Murphey has received many awards for his accomplishments in the Western and Cowboy Music field, including 5 awards from the National Cowboy and Western Heritage Museum and Cowboy Hall of Fame in Oklahoma City. The Texas Heritage Songwriters Association honors Texas native, Michael Martin Murphey, for his contributions to and innovations in the fields of pop, country, and western songwriting.