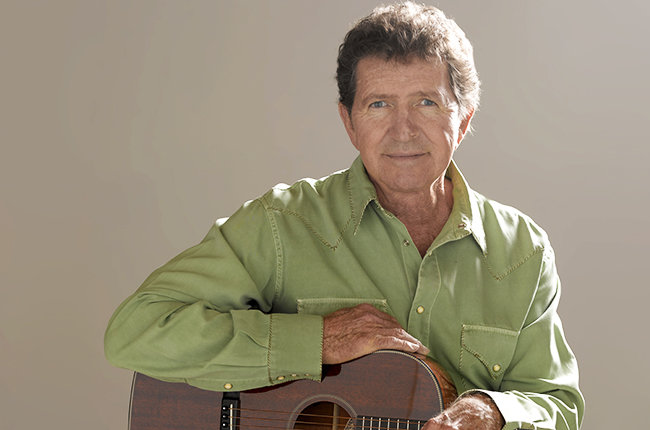 Inspired by another Lubbock boy, Buddy Holly, Mac formed a band of his own while in college, and moonlighted playing fraternity parties, high school hops, and local clubs around Atlanta. He also worked for the Georgia State Board of Probation and later continued his music interests as a regional sales & promotion manager for Vee Jay Records, followed by a stint with Liberty Records’ publishing division. In the late sixties, Mac’s songwriting talent paid off. He wrote several hits for Elvis Presley, including “In the Ghetto,” “Memories,” “Don’t Cry Daddy,” and “A Little Less Conversation,” which was re-released in 2002 and became a #1 hit in 26 countries around the world. Nominated three times for Grammy Awards, he has written hits for Kenny Rogers (“Somethin’s Burnin“), Bobby Goldsboro (“Watchin’Scotty Grow“), Gallery (“I Believe in Music“), O.C. Smith, Freddie Hart, Ray Price, Low Rawls, Dolly Parton, and Rascal Flatts, among others. Hit songs that Mac wrote and recorded himself include, “Baby Don’t Get Hooked on Me,” “Stop and Smell the Roses,” “One Hell of a Woman,” “Hooked on Music,” “My Bestest Friend,” “It’s Hard to be Humble,” and “Texas in My Rearview Mirror.” Over the years, Mac has headlined and sold out some of the biggest showrooms in Las Vegas, Lake Tahoe, and Atlantic City, as well as Carnegie Hall in New York City and dozens of State Fairs, arenas, colleges and concert halls around the country. His successful television series, “The Mac Davis Show” on NBC, and many T.V. Specials over the years enabled him to be selected as the Academy of Country Music’s “Entertainer of the Year”, and The People’s Choice Awards’ very first “Favorite Male Singer.” As for movies, Mac costarred with Nick Nolte in one of the greatest football movies of all time, “North Dallas Forty,” and went on to starring roles in “The Sting II,” “Cheaper to Keep Her” and the family film “Possums,” which had audiences cheering at the Sundance Film Festival. Over the last few years, Mac has received his Star on Hollywood Boulevard’s “Walk of Fame,” was inducted into the Georgia Music Hall of Fame, The Texas Country Music Hall of Fame, the Nashville Songwriter’s Hall of Fame and the National Songwriter’s Hall of Fame in New York City. He also has a street named after him in hometown of Lubbock, Texas. Beginning in 1992, Mac spent almost two and one half years portraying Will Rogers in “The Will Rogers Follies” on Broadway and in the National Touring Company, drawing rave reviews in New York City, as well as around the nation. In addition to his acting assignments and various voice-overs, Mac hosted a Live Radio Show in Los Angeles, as a “Labor of Love,” playing classic country music and interviewing artists and songwriters from all around the country. Most recently, Mac has been dividing his time between songwriting and recording an album of new material. Mac currently resides in California with his wife, Lise, and has three grown sons, Scott, Noah and Cody.