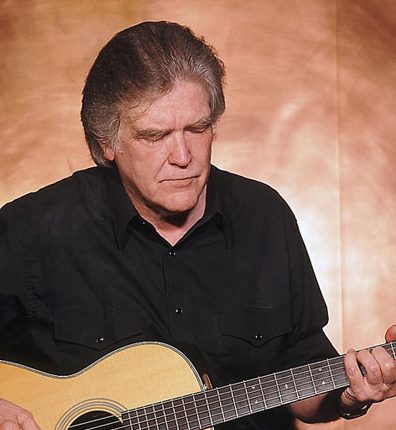 Clark’s character-driven songs full of unforgettable images caught the attention of RCA’s Sunbury Music and he moved to Nashville in 1971. The following year, his eponymous album, featuring “L.A. Freeway,” was released and became an FM radio hit. And then the next year, Texas legend, Jerry Jeff Walker, put “Desperados Waiting for a Train” on his seminal Viva! Terlingua album. The tone was set for the progressive country movement and Clark joined other outlaws from Nashville in creating this new sound. Clark and his wife, Susanna, fit right in with the songwriting community of Music City, becoming friends and colleagues with fellow Texpatriates Mickey Newbury, Townes Van Zandt, Rodney Crowell and Billy Jo Shaver. Oh, to be a beer on the Clark’s dining room table during those song-swapping sessions! Clark continued to record and release his songs on albums that impress and invigorate listeners and fellow songwriters alike. Texas Cooking, The South Coast of Texas, Better Days and Old Friends are just a few of the dozen or so albums included in Clark’s legacy. At the same time, other singers were mining Clark’s mother lode of songs. Johnny Cash took three songs to the top of the charts, Ricky Skaggs made “Heartbroke” a #1, Vince Gill’s version of “Oklahoma Borderline” made it to the Top Ten, Steve Wariner reached the Top Five with “Baby I’m Yours,” and Clark’s co-writer, Rodney Crowell, had a #1 with their song, “She’s Crazy for Leavin’.” Other notable artists who have covered Clark’s songs are Bobby Bare, John Conlee, Asleep at the Wheel, Brad Paisley and Jimmy Buffett. In addition to venerable songwriting skills, Clark’s live performance is both masterful and charismatic. He has a devout following of fans that crosses many borders. Clark is as at home in honky-tonks in Texas as he is at sold out shows in New York City. His ability to combine poignant melodies with insightful, touching lyrics has earned him a seat at the Nashville Songwriters Foundation’s Songwriters Hall of Fame, the Americana Music Association’s Lifetime Achievement Award for Songwriting and a stint as the Artist-in-Residence at the County Music Hall of Fame and Museum. His latest album Workbench Songs was nominated for a Grammy in 2007.