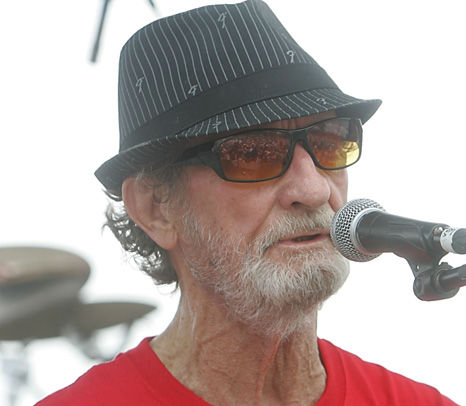 Country singer/songwriter Freddy Powers may not be as famous as his powerful pals Merle Haggard, George Jones, and Willie Nelson, but his award winning songs and production work are behind-the-scenes testaments to his talent and success. Powers was raised in Texas and got his musical training playing with his family’s band in West Texas honky tonks.

In Fort Worth, he started working with Paul Buskirk, who would soon introduce him to Willie Nelson. The three men became lifelong friends and collaborators, dedicated to broadening the perimeters of country & western, particularly to include swing jazz. While recording the album Somewhere Over the Rainbow, Nelson invited Powers to play golf. That invitation blossomed into one of Freddy’s early successes, as Nelson asked him not only to play on his album, but to become involved as co-producer as well. This was a big move for Powers: the record sold more than a million copies. Soon after, Merle Haggard invited Powers out to California. These two were kindred spirits and were soon living alongside each other in houseboats on Lake Shasta. In 1983, his song “I Always Get Lucky With You” was a monster country hit. He penned half the songs on the Haggard album It’s All in the Game, and also scored some chart action writing for George Jones. He toured the next six years with Haggard then decided to head back to his Texas roots. With five solo albums under his belt in addition to his production and writing, Powers career is unparalled in country music.