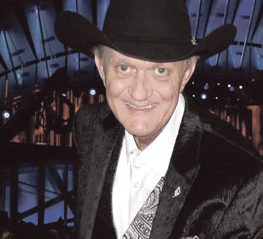 Along the way, Danny started an oil and gas investment business and many of his early investors were people in the music industry that he met through good friend Darrell K Royal. What started as a financial relationship with these entertainers turned to strong friendship and mutual support as Danny realized what the life of the songwriter was all about. At a time when he’d already fought a hard-won battle with cancer, Danny was profoundly affected by the poetry and passion these songwriters brought to their music. Quite simply, his life would never be the same.

In true Danny King style, he began thinking of a way he could give these songwriters the recognition they deserve as well as helping make the world a better place. By the early 1980′s, Danny was helping various charities raise money by booking songwriter shows for them. In so doing, he began building a reputation for himself and it didn’t take long for those in the industry to know that if Danny King was booking a show, it was going to blow your hat in the creek. Due to his true appreciation and understanding for the songwriters, Danny was and still is able to put on a songwriter show that has everyone in the room caught up in the magic. One of the biggest keys to this is putting the right songwriters together; Danny knows it’s the chemistry between the performers that is every bit as important as the stories they’re telling and the songs they’re singing. The songwriters know this and it’s part of the reason they trust Danny so implicitly, both as a friend and a producer.

The shows were such a success that Danny King Productions was born. Over thirty years later, Danny has helped various charities, such as The Alzheimer Foundation and Covenant Children’s Hospital and many others, raise millions of dollars. As word gets out how wonderful the shows are, the charities make more money with each consecutive year. Along the way, the songwriters get the honor and attention they so richly deserve. He has worked, and continues to work, with such talents as Allen Shamblin, Aaron Barker, Lee Roy Parnell, Deborah Allen, Paul Overstreet, Scotty Emerick and too many others to list. He is a voting member of the Country Music Awards and has been given countless awards for his productive efforts for charities of all kinds.

Along the way, Danny has fought several more battles against cancer. He doesn’t hesitate to acknowledge that in many ways, music has saved his life. The songwriters he started out working with have come to be his dearest friends. Not unlike their songs, the relationship they have with Danny has a beautiful poetry to it. Their songs inspire Danny to keep fighting, and Danny inspires them to keep writing by giving them the respect and acclaim they so deserve. When asked about any of this, Danny always starts with the same answer. He says he owes it every bit of his success and passion to Coach Royal.