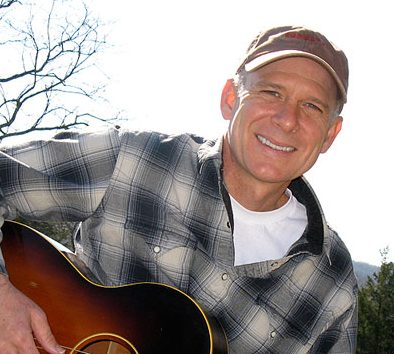 Armed with fourteen carefully-crafted gems, Shamblin decided to try his luck in Nashville. His “story songs” with vivid detail and honest, earthy lyrics quickly caught the ear of the Nashville music establishment. In short order, Randy Travis took Shamblin’s song, “He Walked on Water” to the very top of the charts, making both of them “overnight” sensations. This began a string of award-winning, chart-topping songs, such as “Walk On Faith” by Mike Reid, “In This Life” by Collin Raye, “Thinkin’ Problem” by David Ball, “Life’s A Dance” by John Michael Montgomery, “We Were In Love” by Toby Keith, “Don’t Laugh At Me” by Mark Wills, “Live, Laugh, Love” by Clay Walker, “Where The Blacktop Ends” by Keith Urban, and Dove Award winner, “It’s In Gods Hands Now” by Anointed. “I Can’t Make You Love Me,” a song co-written with Mike Reid and recorded by Bonnie Raitt was nominated for a Grammy Award and voted the #8 song of “The 100 Greatest Songs Of All Time” in the August 2000 issue of Mojo Magazine. Shamblin has had more than 100 of his songs recorded by artists from several genres of music. Household names from the country world like Wynonna, Dolly Parton, Kenny Rogers, Roy Clark, Brooks & Dunn, and LeeAnn Rimes have found success with Shamblin’s creations. Artists from the pop segment like Bonnie Raitt, Bette Midler, and George Michael have put their own spin on Shamblin’s songs. Other genres represented include R&B/Soul stars such as Prince, Patti LaBelle and Ci Ci Winan; folk superstars Peter, Paul and Mary; and jazz artists Nancy Wilson and Kirk Whalum. Few songwriters can claim success of this magnitude. In addition to writing songs, Shamblin has found time to co-author two children’s books, Don’t Laugh at Me and A Chance to Shine, with friend and fellow songwriter, Steve Seskin. Don’t Laugh At Me has been translated into several languages and is being used by teachers throughout the United States and other parts of the world as an aid against bullying. Shamblin currently resides in Franklin, Tennessee, with his wife, Lori, and their three children on a small farm with 3 horses, 2 burros, 1 Texas Longhorn steer, 5 goats, 1 rooster and too many dogs and cats (that he loves).